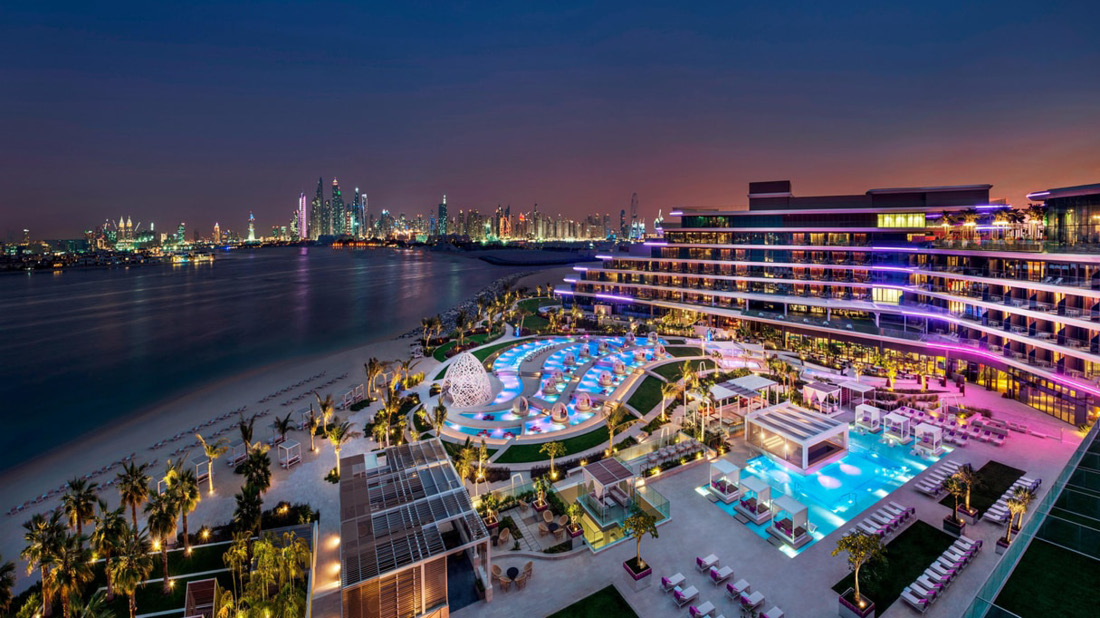 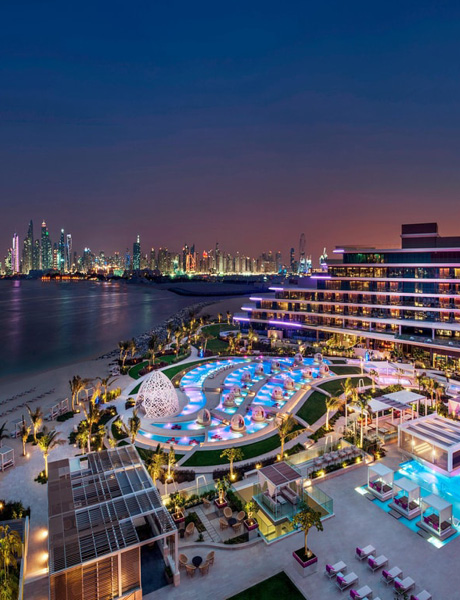 In our last issue, we received a big-picture view on hospitality’s ‘war for talent’ from Marriott International’s Peppy Dosanjh. As a follow up to that piece, we find out what this means for hoteliers on the ground, through the eyes of Glion alumnus Michel Nader, Marriott’s Area Vice President for UAE…

Led by Dubai, the United Arab Emirates’ tourism sector is positively booming. While other travel destinations continue to suffer from a lockdown hangover – or are still keeping tourists at arm’s length – The UAE has reaped the rewards of a more welcoming and hospitable stance.

The numbers speak for themselves, with UAE hotels posting RevPAR (revenue per available room) at 127% of 2019 levels. And remember, 2019 itself was considered a bumper year for the region.

“The government here took the bold step of only locking down for three weeks; long enough to perform a complete sanitization. We then opened up more or less completely, including attractions such as the indoor ski resort, the world class shopping malls, Deep Dive Dubai and, of course, the luxury hotels,” explains Michel Nader, a class of 1997 Glion graduate who was appointed Area Vice President for Marriott in the UAE in July of last year, having worked in both Europe and the Middle East throughout his career.

“To this you can add the benefit of having one of the world’s best regarded – and best networked – airlines in the form of Emirates, a pricing advantage for Dubai as rates climbed in Europe’s premium hotels throughout the summer, plus the six months in which we hosted the World Expo, and the overall effect was a record influx of visitors. At Marriott, our hotels have never been busier.” 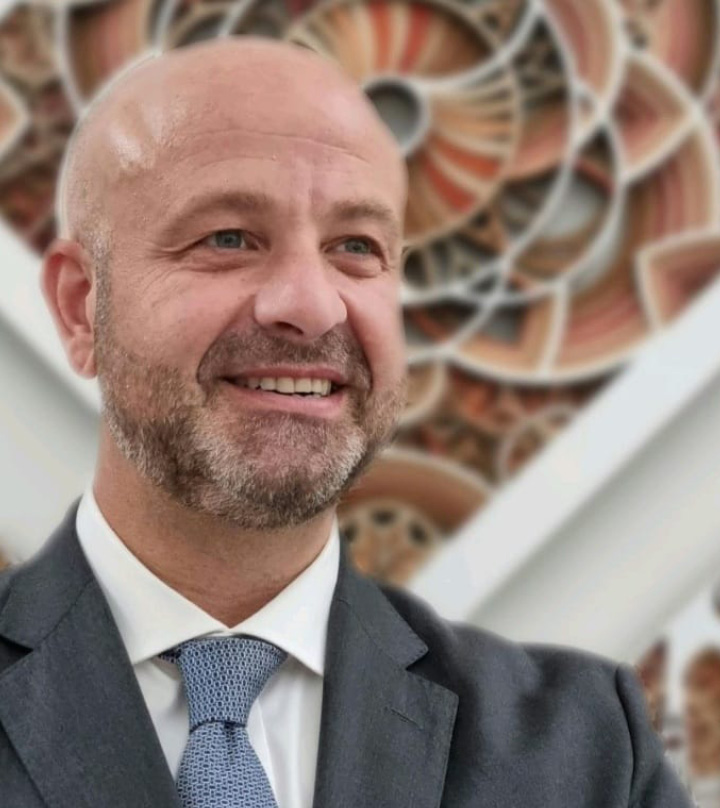 “The government here took the bold step of only locking down for three weeks; long enough to perform a complete sanitization. We then opened up more or less completely, including attractions such as the indoor ski resort, the world class shopping malls, Deep Dive Dubai and, of course, the luxury hotels.”

In Europe, such a surge of guests would potentially have caused hospitality operators to buckle under, given the well-reported shortages of operational staff across the industry. In the UAE there is a war for talent too, but it tends to be more from a ‘top down’ than a ‘bottom up’ perspective.

“We find it relatively straightforward to fill the more traditional hospitality roles – such as receptionists, waiters, and housekeepers – due to our proximity to the Asian continent, which has always been a rich resource pool. Where it becomes more difficult for us is in finding luxury operators.”

By this, Michel means professionals who are at home in the luxury environment, and who can accommodate the specific needs and desires of the luxury traveler. Due to a differential in salary, such talents are often lured away from hospitality and into luxury brands and retailers.

“This is a big competition for us, because pay is usually the number one factor for the kind of expat workers we’ve traditionally relied on,” he adds. “Travelers come to Dubai for a taste of luxury – it’s a key part of the region’s ‘brand’ as a destination. Just over half of our Marriott hotels here are luxury and ultra-luxury properties, with rates accordingly. And when people pay luxury rates they rightly expect luxury service.”

Welcome to the weekend

With the region’s hotel stock having increased exponentially, Michel admits that competition for top talent is becoming fiercer. Signing on bonuses are common among Marriott’s competitive set, and many workers are now benefiting from a European-style two-day weekend – still something of a novelty in a region where historically the ‘weekend days’ would often be non-consecutive.

Marriott UAE is also more proactively reaching out to potential employees. In September last year it launched its ‘Paint the Town Red’ recruitment event to create awareness of Marriott (the ‘Red’ in the name coming from the company’s logo) as an employer brand, while also acquiring staff ready for the peak tourism season.

“We created this event to inspire people to come and work for Marriott, rather than it being about specific roles to apply for. We know the new generation wants personal growth and development as a reward for their loyalty, so we aimed to demonstrate how we facilitate this. We were able to generate around 3,000 CVs and make 150 job offers on the day – now Paint the Town Red will become an annual event.”

Another core element to the Marriott UAE strategy is opening up new talent pipelines. For example, the company has made recruiting trips to Eastern Europe, North Africa and Latin America – none of which have historically fed the UAE hospitality industry in large numbers. It is also taking advantage of technology, conducting virtual interviews via video conferencing as a means of connecting with a more geographically spread candidate base.

“In future, I see AI and the metaverse playing a big role in bridging the gap between us as a company and the diverse talent pools that we recruit from,” Michel notes. “I forecast that hotels will ultimately develop a virtual presence, where potential employees can walk the premises in the metaverse. Then, if what they find is of interest they can apply for a role and have their interview via the same platform. In this war for talent the wider we can cast our net the better – so why not use digital technology in this way?”

Marriott is also building closer relationships with colleges and universities in the UAE, notably the Emirates Academy and Dubai College of Tourism.

“We’re looking to localize rather than only going to the big European hotel schools. It will help us play our part in important initiatives like ‘Emiratisation’ which are aimed at bringing young Emiratis into the industry. We’ve hired some 120 associates thanks to these student events, which featured a novel ‘speed dating’ element,” says Michel.

Last but not least, Marriott UAE is enhancing its efforts in the area of employee retention, recognizing how vital this can be in winning the war for talent.

“We spend a lot of time energizing our teams, training them, and boosting their engagement through dedicated sessions. These have proven to be very fruitful; in fact, we saw a higher associate engagement score in our annual survey than anywhere else in the Marriott world. So, I can say that it works!

“It’s not all about the money. A strong culture is also important to people.”