Is it time for ‘helicopter money’ to save the world economy post-COVID? 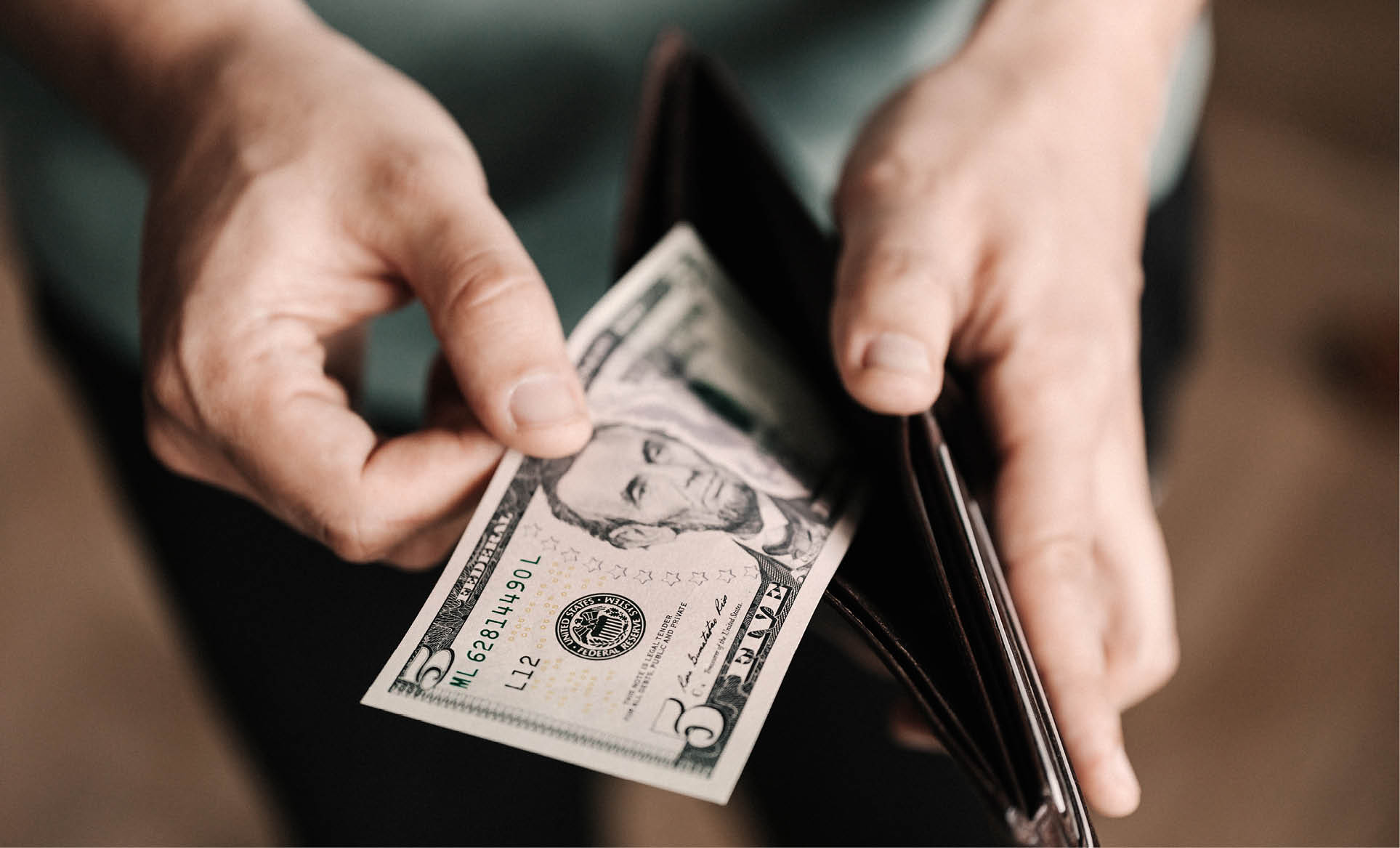 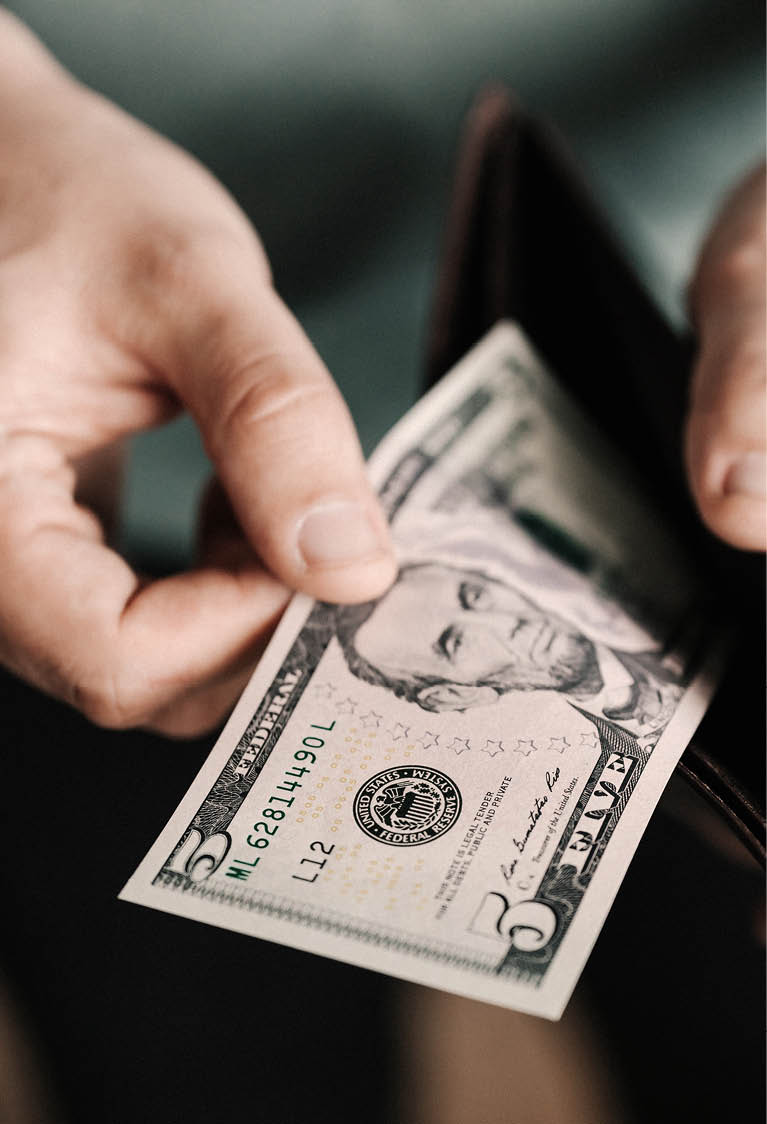 Earlier this week, we posted part one of a report on the recent talk by Michel Girardin, a lecturer in Macro-Finance at the University of Geneva, which was part of our Leading Hospitality Through Turbulent Times series. Here is the second part of that story, where Michel analyzes the fiscal weaponry central banks could deploy to stave off global recession. Words by Stuart Pallister.

It was Nobel laureate in monetary economics Milton Friedman who raised the prospect of central banks like the Federal Reserve printing massive amounts of banknotes and then dropping the cash out of a helicopter’s windows to the people below in order to inject liquidity into the economy. Unsurprisingly, it quickly became known as ‘helicopter money’.

However, as Michel Girardin of the University of Geneva noted in his second presentation in our Leading Hospitality Through Turbulent Times series, Friedman meant it as a joke.

Michel used the session to discuss monetary policy, including ‘Quantitative Easing for the People’, as well as fiscal policy in response to the COVID-19 outbreak.

“We’re in a severe recession,” he said. “The most likely scenario to get us out of it is to have a U-shaped recovery, with a gradual unlocking of the economy.” Given that scenario, his presentation then focused on the implications for economic growth, public debt and inflation of various monetary and fiscal measures.

Michel expects a “massive” recession, with global GDP for the year at between minus two to three per cent due to the pandemic. “We’ve had recessions of the like before. The good news about this one is that it’s severe, but likely to be short.”

At the time of the presentation (26 May), the International Monetary Fund’s latest estimate for the COVID-19 bill is that it will be around $9 trillion. The IMF’s figure had actually been revised upwards by about 10% from a month earlier, he said. “You hear many people saying ‘we’re not going to be able to foot the bill because countries already have a lot of debt.’”

But, by comparison, the “total economic activity of the 20 largest countries in the world (the G-20), which together account for roughly 85% of world GDP, is about $115 trillion”.

The key factor, he added, when assessing whether fiscal policy is correct is the debt-to-GDP ratio. For the G-20 economies as a whole, the ratio is currently about 90%. That figure may increase to around 105% as GDP falls. “But then in 2021-22, we’ll go back to something more affordable. The conclusion is that the COVID-19 bill is manageable.”

In essence, there is a “virtuous circle of having more debt, but that triggers even more growth, and in the end you’re better off and your debt-to-GDP ratio falls”.

Central banks have, by and large, learned the lessons of the Great Depression in the 1930s, when Republican President Hoover favored austerity and balancing the budget. “He raises taxes and strives to curtail the expansion of public debt. Public debt does increase, but GDP collapses. So, the debt-to- GDP ratio more than doubles under Hoover.”

After Hoover came President Roosevelt, a Democrat, who believed in “kickstarting the economy with government spending”. Public debt under Roosevelt increased by 62%, but GDP increased by the same amount. So, the debt-to-GDP ratio remained the same.

“Clearly what we want here is to find the right balance between increasing debt and having GDP also expanding so, all in all, the debt-to-GDP ratio stays the same or even falls.”

Michel went on to explain concepts such as fiscal multiplier and marginal propensity to consume, which had been developed in the 1930s by economist John Maynard Keynes and his followers.

Fiscal policy can work from two levers, he noted. One is cutting taxes; the other is increased government spending. The latter, though, is more effective when it comes to stimulating the economy, as the money – in the form, say, of an increase in food stamps – would benefit low-income households (and boost consumption), rather than cutting corporate taxes or reducing capital gains tax for high-income households.

How much is that debt in the window?

Another factor to consider when assessing whether debt levels are sustainable is how much you are paying for the debt. “By that, we mean total debt service – the cost of debt and its interest rates. If interest rates are too high, then we get problems.”

Michel added that if total debt servicing rises above 15%, “then we get a recession and it spells problems. We are indeed in a recession now; but the good news – and this is what makes me confident that the whole thing is manageable – is that interest rates are very low”.

His conclusion with regard to the fiscal side is that the COVID-19 bill of $9 trillion is manageable. “Why? Because the debt-to-GDP ratio is okay and it’s not going to increase by as much as it did after the 2008 crisis. That’s reason number one. Reason number two is that the recession will be severe but short; so the debt-to-GDP ratio will increase somewhat but then, as we get to recovery, it will fall again. Reason number three is that interest rates are very low and so that makes the debt affordable.”

There is one major risk though: the ‘black swan’ of hyperinflation or excessive inflation, which would be very unlikely but if it did happen would have as damaging an impact as it did in Germany in the 1920s. However, inflation rates are currently very low and “inflation expectations are going down”.

“So, what central banks have been doing – and that’s the good news about the lack of inflation – is that it opens the way to monetary easing as much as needed.”

How can central banks help the recovery?

Central banks have two main levers to help stimulate economies post-crisis, Michel said. The first one is by using interest rates – even by putting them in negative territory – in order to penalize savers and encourage consumption. “So, it’s the ultimate, nuclear weapon.”

The other lever, he said, when interest rates are close to zero, is to act on the price of money. “When you’re at the lower band and you cannot reduce interest rates more, then what you do is act on the quantity of money. This is why we’re talking about quantitative easing, or QE, where the central bank is basically injecting liquidity directly into the system.”

Federal Reserve chair Jerome Powell even spoke in late March of ‘QE infinity’, injecting whatever is needed into the economy, with the result there has been a huge injection of liquidity in the US, almost doubling to $7 trillion within just two months.

“We’re talking about monetary bazookas. But here it’s not a bazooka, the Federal Reserve has gone nuclear, buying government bonds and mortgage-backed securities.”

“If you’re buying bonds, the price goes up which means the yield goes down. This is what is keeping the whole thing in check so the debt can be affordable. So, this is the good side of the story. The bad side of the story is that you’re monetizing debt and asking the central bank to print money and buy bonds which the government is issuing to pay for its debt. Clearly at some stage you run the risk of excessive inflation or hyperinflation.”

In summing up, Michel believes the COVID-19 recession is likely to be severe; however, he is confident that it will be short-lived. “We’ve already started recovering. In countries like China, recovery is underway. Elsewhere, in the EU and US, we’re gradually going to recover.”

When it comes to expansionary or reflationary policies, Girardin said he would “normally be more in the monetary camp”; but as interest rates are currently very low, “the lower they get, the less effective monetary policy becomes. So, when interest rates are at rock bottom, as they are now, you need even more liquidity. This is why we get these huge numbers of expansion in the balance sheet because it’s not working”.

He added, “If I had to choose between fiscal and monetary policies, I clearly choose today fiscal reflation or expansion of the fiscal policy as, with the fiscal multiplier (i.e. consumption leading to more spending), the debt pays for itself. You increase debt but you also boost growth, so in all you get a stable debt-to-GDP ratio.

“The central banks are using bazookas, saying they’ll do whatever it takes, and going nuclear. But really, deep down, they’re short of ammunition. And maybe if they keep injecting liquidity and monetizing debt, we will encounter severe problems like hyperinflation. But on a positive note, central banks are not dummies.”

Taxpayers may see tax increases if the level of debt becomes unmanageable, but taxes should be increased only “when the economy is solid enough to be able to stomach increases in tax rates”.

And finally, Michel concluded, “What I do not want to see is central banks paying for government debts.”

· If you missed it, click here to read the first part of Michel’s presentation.