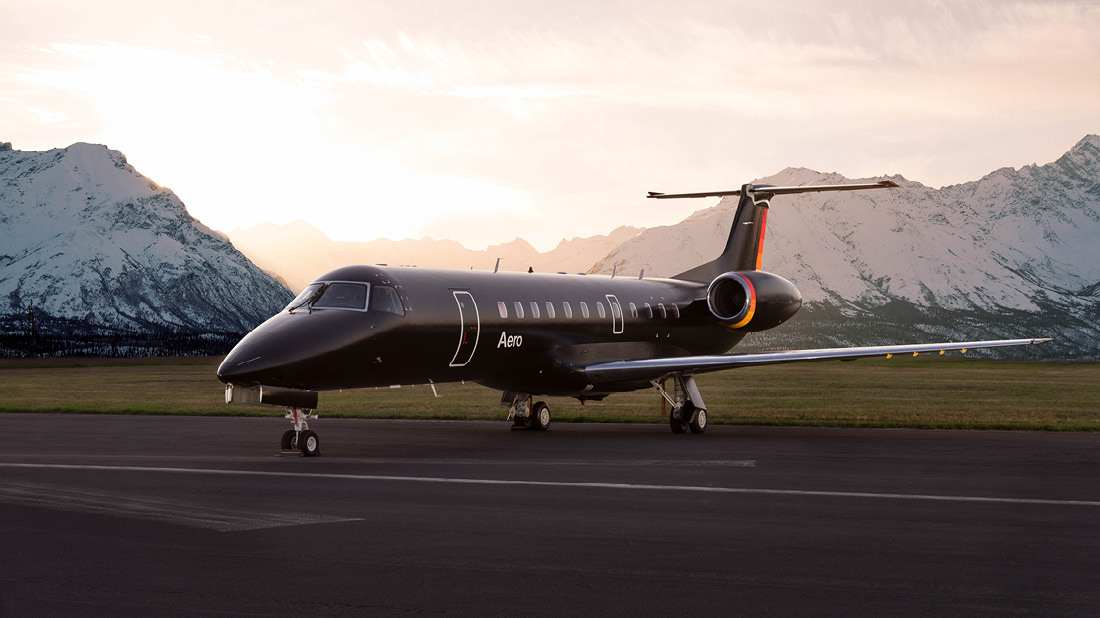 Returning to a topic we explored in our very first issue, The Insider looks at a disruptive player in the flourishing aviation market – Aero – with insights from the company’s Global Business Development & Partnerships Associate, Glion alumna Jennifer Jump.

Low-cost aviation has undoubtedly democratized international travel. Few would argue, however, that it has also commoditized the process of getting from A to B by air, ushering in a mode of transport which is a world away from the style and sophistication of the ‘jet set’ era.

Given how it shares these hallmarks of elegance, it’s perhaps surprising that, historically, the luxury industry has not explored the business of private flying with its usual forensic eye for opportunity.

That’s now changing – and fast. As noted in our article a couple of years ago, the pandemic put private flying in the spotlight; initially as a de facto rescue service for individuals stranded due to the scheduled airline shutdown, then later as an option for wealthy travelers to get where they wanted to be in comparative isolation, thus minimizing contact with potential Covid-carriers.

Amid this upheaval, a new semi-private aviation startup – founded in 2019 – was attempting to forge a presence in the market. Aero is the brainchild of Canadian billionaire entrepreneur Garrett Camp, who co-founded Uber among other successful businesses. As with all clever start-ups, it fills what had previously been an unoccupied niche in the market – in this case the ‘sweet spot’ between first class commercial air travel and full-blown private jet charter.

“Our USP is the single seat model, which hasn’t been seen in this space before,” explains Jennifer Jump, who joined the company straight after graduating with her Master’s in Luxury Management and Guest Experience from Glion.

“It opens up typical private aviation benefits, such as private lounges in airports and bespoke security channels, all of which means there are fewer touch points than when traveling with a commercial airline. Pricing-wise, we’re positioned slightly above what someone would typically pay for a first class air ticket, but way more accessible than traditional private flying.

“We are firmly within the luxury segment, but we’re opening this market up to a wider audience for sure. Most people wouldn’t dream of being able to fly in a private jet, but with a concept like this it becomes something they can aspire to. People are often surprised by our prices.” 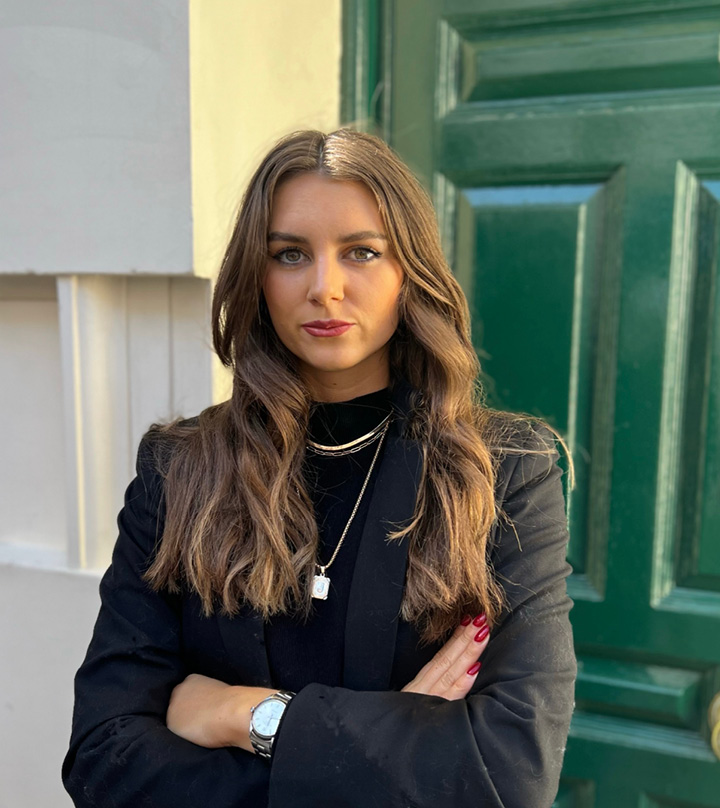 “We are firmly within the luxury segment, but we’re opening this market up to a wider audience for sure. Most people wouldn’t dream of being able to fly in a private jet, but with a concept like this it becomes something they can aspire to. People are often surprised by our prices.”

Jennifer’s own introduction to Aero came during her Master’s studies, via a class with Glion guest lecturer – and occasional Insider contributor – Stanislas Helou.

“In this particular class, Stanislas was talking about emerging trends during Covid and he also picked out some brands that he considered to be game changers in the luxury industry – one of them being Aero. The concept fascinated me, even though I hadn’t previously thought of the aviation industry as a career option.

“I started reading up on the company, then eventually I reached out to them and from this I secured an internship to complete my Master’s!”

Six months later, having made a suitably strong impression, Jennifer landed her present role in business development and partnerships. Her responsibilities include developing existing and new routes for the company’s aircraft, while also seeking out individuals, companies and brands – including hotels – with whom Aero can forge strategic partnerships that will elevate the guest experience.

“I love what I do, especially because I can bring some of my luxury hospitality knowledge to it,” she says. “But for me, the best part is that so often when I’m looking for businesses to approach, I keep coming across Glion alumni. And this Glion connection is so unbelievably helpful in letting me get a foot in the door.

“Just the other day I was trying to reach out to a company and not getting through; then suddenly I see someone working there who had also done my Master’s course. I contacted them and in minutes I was in touch with the people I needed to speak to. I never cease to be amazed by this, and it happens so often it’s become like a standing joke for my colleagues!”

Luxury hospitality – in the skies

The hospitality connection with Aero runs much deeper than Jennifer’s contact book. The brand is predicated on the notion of making flying an experience in its own right, just as it was in the jet set era. To facilitate this, Aero has taken the bold decision to buy and operate its own planes, rather than leasing from a third party. What this means in practice is that the interior and exterior design can be made exactly as the company wants it, from the distinctive black fuselage through to the unique interiors, with their mood lighting and bespoke sound system.

“Our aesthetic is definitely a big draw, especially in this social media age,” says Jennifer. “Because we’re quite new in this space, we’ve been able to adopt a modern take on how we operate – a little more friendly and informal, but still with an authentic luxury service ethic.”

Having begun by operating routes exclusively in Europe, the Covid tumult necessitated a change of strategy – and continent – with the Aero planes initially flying the Los Angeles (Van Nuys) to Aspen route in the United States. Other routes to Sun Valley and Los Cabos followed, with a choice to fly to Los Cabos from either San Francisco or Los Angeles International (LAX). Now, with European travel opening up again, the company is preparing seasonal routes from London (Farnborough) to Geneva and Sion, in readiness for the ski season.

“We’ve picked up customers who were previously loyal first-class flyers with commercial airlines but who have now switched that loyalty to us.”

“We’re still learning about – and adapting to – our market and our customers every day, and that’s what makes working here so exciting,” says Jennifer. “We began by targeting the leisure market, then during Covid we picked up some business travelers who didn’t want to risk crowded commercial flights. More recently we are seeing a lot of couples and families coming on board. Plus, we’ve picked up customers who were previously loyal first-class flyers with commercial airlines but who have now switched that loyalty to us.

“I love speaking with these customers; asking them exactly what it is that makes them want to fly with us. It’s a natural part of my hospitality background, to meet people and learn from them, but also to educate them about us; especially our single seat model and that with our fixed itineraries they can book a flight with us online just as easily as they can with a commercial airline within a few clicks. People still tend to be surprised when they hear this!”

Earn your passport to luxury 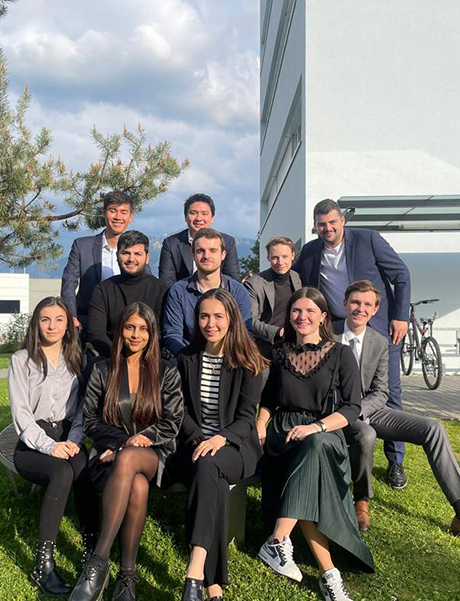