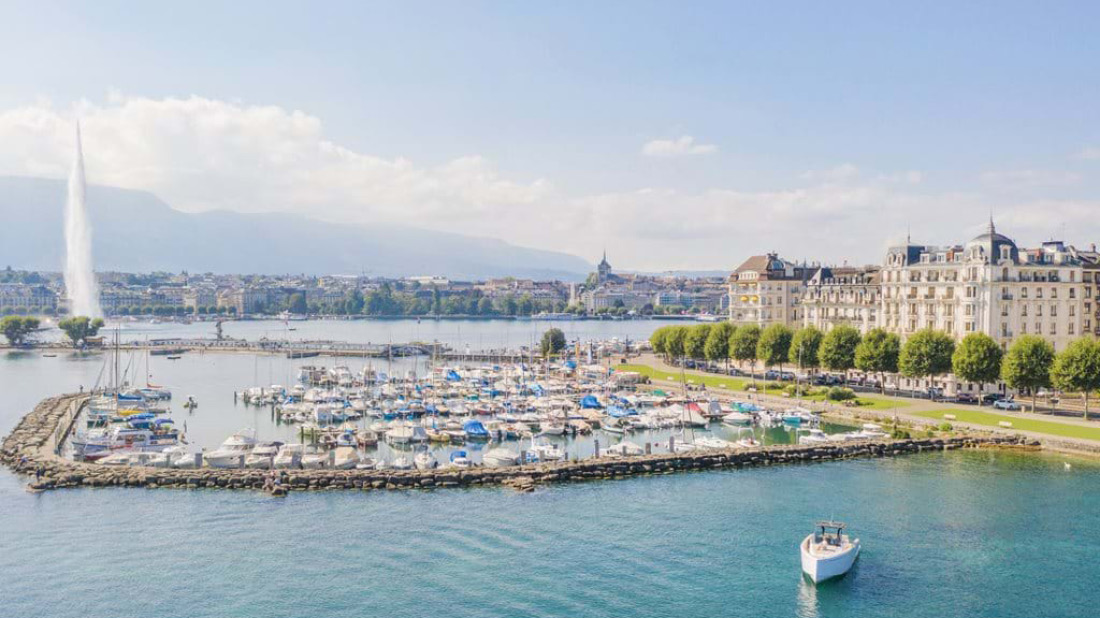 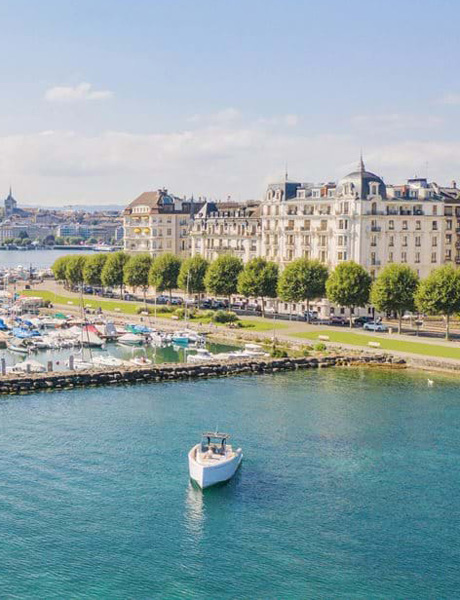 For our next few issues, The Insider will be hopping from continent to continent, as we take a look at some of the most significant luxury hotel openings. We start our journey in Europe, with three hotels that each promise to become flagship properties for their brands.

The newest addition to the Oetker Collection, and the first of our selection to begin trading, is The Woodward. Sitting directly on the shores of Lake Geneva, with commanding views over the lake and Mont Blanc, the hotel has just 26 rooms, all of them individually-designed suites.

The job of transforming a historic building into a stylish, 5* hotel was given to Pierre-Yves Rochon, the world-renowned architect and interior designer also responsible for Four Seasons Megève, which we mentioned in our last issue.

Michelin-starred chef Olivier Jean is the star attraction of the F&B offer, with L’Atelier Robuchon (pictured left) marking his first foray into Switzerland. The restaurant is built to M. Jean’s open kitchen concept, creating a theatrical dining experience for 36 guests seated around the counter. There are also two rooms which can be booked for private dining.

The hotel’s other main restaurant is Le Jardinier by Michelin-starred Chef Alain Verzeroli. Here vegetables take center stage, with many dishes being vegan, dairy and gluten-free. Le Jardinier has a focus on local suppliers, aiming to source produce from within a 150km radius.

Last but not least among the attractions is the 1,200 sq m. Guerlain Spa, which features a fitness center and the longest indoor swimming pool in Geneva. The wellness center also includes a Jacuzzi, two steam rooms, two saunas, a snow shower, an ice bucket shower and two Swedish baths.

Like our other featured hotels, the Maybourne Riviera (pictured above) is a refashioning of an existing building – in this case the former Vista Palace Hotel. The transformation has created a spectacular, modernist landmark that makes the most of its lofty perch overlooking Monte Carlo and the Mediterranean Sea.

When it opens to guests in mid-November, the Mayboure Riviera will become the fifth member of the Maybourne family, the others being Claridge’s, The Connaught and The Berkeley in London, and The Maybourne Beverly Hills in Los Angeles.

Guests will have their pick of 45 rooms and 24 suites, all featuring floor-to-ceiling glass that allows the famous Riviera light to flood in, while also providing spectacular views. Balconies come as standard, while a number of suites also boast private horizon plunge pools.

The F&B offer, meanwhile falls under the creative direction of two of the finest chefs and restauranteurs in the world. They are Mauro Colagreco (pictured right), whose three-Michelin star Mirazur is located in nearby Menton; and Jean-Georges Vongerichten, who is launching his first establishment in the South of France. Last but not least, Japanese chef Hiro Sato will also be bringing his world class sushi to the hotel.

Raffles London at The OWO, UK

London continues to be a magnet for luxury hotel brands. The latest to enter the market is Raffles Hotels & Resorts, and for its statement property the Accor-owned brand is going straight to the heart of UK government, Whitehall, and to a landmark property (pictured above) closely associated with the greatest of Britons: Sir Winston Churchill.

Raffles London at The OWO, and its accompanying OWO Residences, are the result of a painstaking, multi-year refurbishment of the Old War Office building, carried out in partnership by The Hinduja Group and Onex Holding.

The War Office was used as a command center by Churchill during the second world war. It’s been closed to the public for over a century, but early next year it will open its doors as a 125-room luxury hotel featuring nine restaurants and bars, a spa with 20 meter swimming pool, a 620 seated-capacity grand ballroom and a garden.

Commenting on the project, Sébastien Bazin, Chairman and CEO of Accor, said, “Raffles is a beloved brand with British roots, named after the British statesman and founder of Singapore, Sir Thomas Stamford Raffles. So it is very fitting that Raffles is coming home to London and that this will be our first residential project in Europe.

“It is an enormous privilege to be partnering with the Hinduja family and Onex. We are thrilled to take part in this adventure and to add ‘The OWO’ to our Raffles collection, as this sublime location will undoubtedly make the list of the five most beautiful hotels in the world, alongside Raffles Singapore.”